Three Articles Lost, Lain Webring, and An Update From Me

Three Articles Lost, Lain Webring, and An Update From Me

In an attempt to restructure the website I foolishly removed backups containing three articles previously posted here. I was never particularly happy with how they turned out anyway, but this is the case with just about everything I create these days, oh well! I'm more annoyed at how it actually happened: a poorly typed rsync command in a laggy ssh session; those of you with some linux experience will know all about that.

When I first started this little website of mine I had something quite different in mind from what you see now, almost a year on. I originally intended to produce considered, extensive articles on trendy topics. I haven't used any form of social media for many years now, but the desire to throw accelerants onto a number of spicy subjects is still with me, and this website was going to be my outlet for that. It's only after writing several unpublished articles on these topics that I remembered what a waste of time a lot of it is, and that I was merely escaping from my everyday life by writing on rage-inducing topics all the time. Forget it.

I have been a browser of imageboards and murky-water forums since I was 13 years old, and 13 years later they are still my most visited corners of the web, other than popularvideohostingsite(dot)com of course. One imageboard in particular has always stood-out to me since I first discovered it in 2016-17, and that is lainchan. Lainchan is an imageboard themed around the 90s anime Serial Experiments Lain, and attracts nerds like myself because of its insistence on high-quality posting on computing-related topics, primarily. Lainchan was one of the inspirations for the creation of this website, as a webring has developed for the anons there to share their sites with each other; prompting some of us to finally create our own space in this hellscape network we call the internet. I think it's fair to say that one thing uniting everyone in the webring is the rejection of the modern web, and how corporate and uninspired it has become. Please take the time to explore some of these websites, most of them are a hell-of-a-lot better than mine and have plenty to offer: https://www.libertywitch.com/rings/

Driftt recently produced the first edition of his zine, go find him in the webring and gawk at his awesome site! 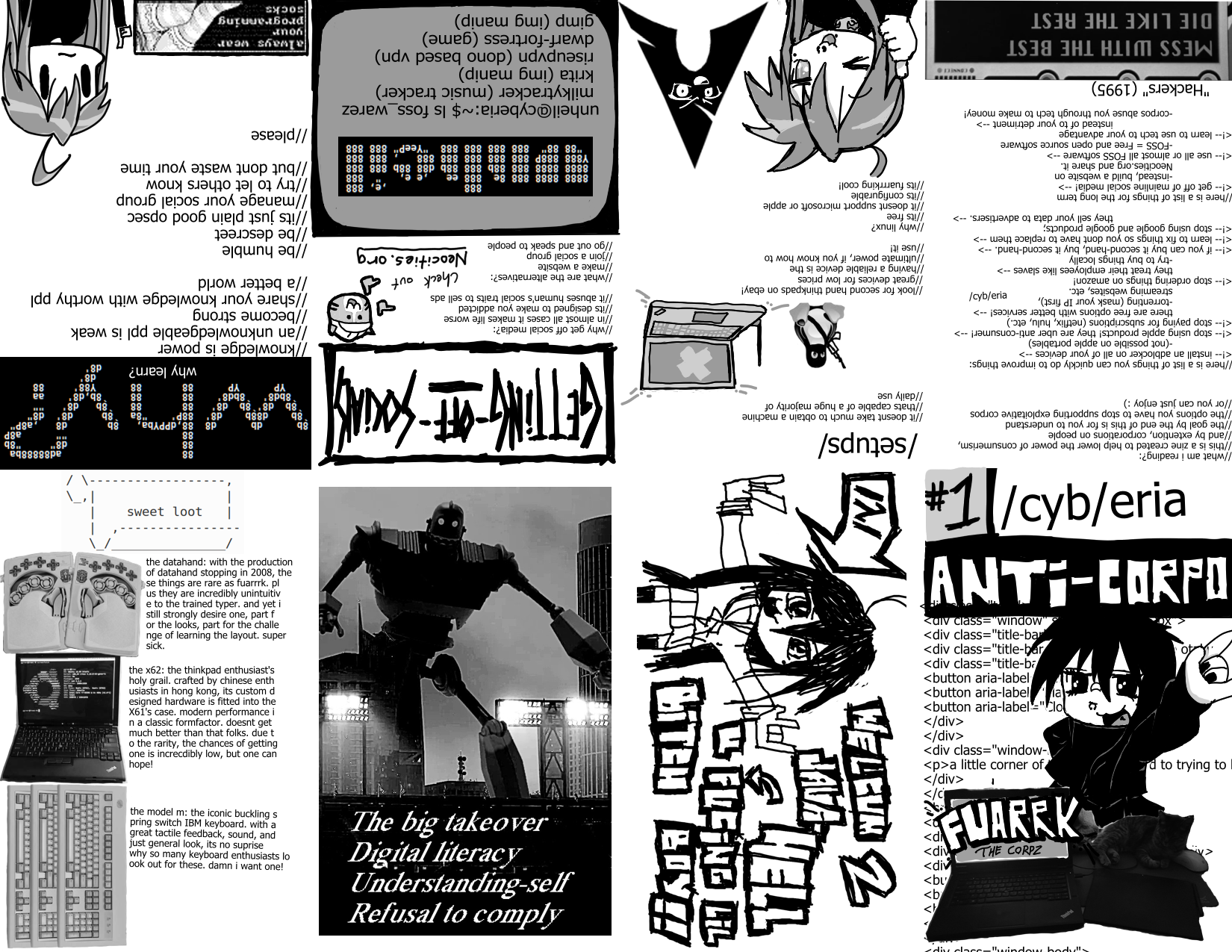 To my friends reading this through RSS, yes I'm still persisting with the website stuff, and you should too!

PS: My Searx is now closed due to AIDS. Some of you spammed the hell out of it, ruining something beautiful. I need to re-think how it works before I open it up again. FUc you.